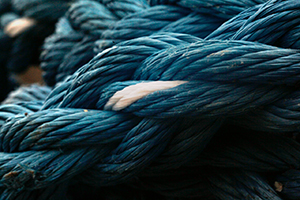 There is a massive myth out there today and encompasses most religions around the world. The idea is that you can earn your way into heaven by doing good works and be saved from the wrath to come – That somehow your good deeds will balance or outweigh the bad you have done and you will be ok. A lot of people seem to think “I’m no saint, but I’m not as bad as them”. The thing is that when you stand before the Judgement seat or pearly gates (as some call it), you will not be compared to the heroes and villains of history, your family, neighbours or friends, classmates, colleagues etc. You will be compared to the standard The Lord set – his just and holy law, which every one of us have violated – Romans 3:23.

All who rely on observing the law are under a curse, for it is written: “Cursed is everyone who does not continue to do everything written in the Book of the Law”. Clearly no one is justified before God by the law, because, “The righteous will live by faith”. The law is not based on faith; on the contrary, “The man who does these things will live by them”. If there had been a law given which could have given life, truly righteousness would have been by the law – Galatians 3:10 – 12, 21. A lot of so called “Christians” think this means the 10 commandments, but even if we were compared to those seemingly simple and easy to follow rules all that would happen is that we would be condemned further because all the law does is show us our defenceless and wretched state before God which our good deeds fall far short of the standard set by God  and that we are in desperate need of a saviour – Romans 3:20.

When Jesus Christ came to live on this world some 2000 years ago, he didn’t come to abolish the law but to fulfil it – Matthew 5:17. If anything, he added to the moral law which already existed. For example, it was written that you shall not commit adultery. Christ said that whoever looks at a woman to lust for her has already committed adultery with her in his heart. This is because as with everything it all starts out small and insignificant with the thoughts and lusts in your mind and heart but builds into the outward and physical sin which is easily recognised. A classic example of this is the record of King David and Bathsheba – 2 Samuel 11. As a result, his whole family were torn apart.

Christ said that I am the way, the truth, and the life. No one comes to the Father except through me John 14:6. This means that the only way we can be assured of getting into heaven  is relying solely on the finished work of Jesus Christ on the cross, turning away from your sins and asking him to forgive you. God put the wrong on him who never did anything wrong, so we could be put right with God – 2 Corinthians 5:21.