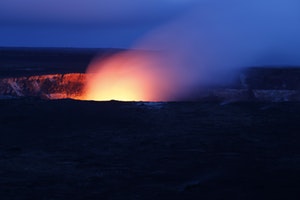 There are a lot of people in the world today who seem to think that hell will be one big party. So, they seem to be doing nearly everything they can think of to get there. But, believe me, this is not a very hard thing to do. This view seems to have been popularized in the 70s or 80s. Even today it seems to be gaining traction with bands like metalica, slayer, black sabbath etc. drawing in large crowds. Is this the truth? Is this really what is going to happen? Are people going to be rewarded with a never ending party for a lifetime of wicked behavior and rebellion against The Living God?

These questions must be asked because they are the inevitable, logical outcome to the argument these people are putting forward – these bands, groups, individuals, who are advocating this view, where did they get their ideas from? How sound is the footing on which they base their thoughts or arguments? In a word, how sure are they of what they are putting forward to the masses? This is a critical question because if they are right, fair enough, but if they are wrong, they are putting millions of lives in jeopardy and will have to answer for their actions.

Hell was originally prepared as a place of punishment for the devil and his angels. They were originally in heaven, face to face with God Almighty. But then the “head angel” called Lucifer said this:

‘I will ascend into heaven,
I will exalt my throne above the stars of God;
I will also sit on the mount of the congregation
On the farthest sides of the north;
I will ascend above the heights of the clouds,
I will be like the Most High.’ – Isaiah 14:12 – 14

His “reward” for leading a rebellion:

God did not spare the angels who sinned, but cast them down to hell and delivered them into chains of darkness, to be reserved for judgment – 2 Peter 2:4.

If you want to go to hell, you will be on the losing side. This is because there is a battle going on. Way back, at the fall of man into sin, God, looking ahead to Jesus Christ says this “He shall bruise your head, And you shall bruise His heel.” – Genesis 3:15.

The bible, which is the “breathed” and inspired word of God, has been around for thousands of years and has survived many attempts to destroy it. Through its pages, we see that God takes a very dim view of hell:

In conclusion to all this, I would like to add a few things. First, when Christ, was speaking on the fate of Judas Iscariot, he said “It would have been good for that man if he had not been born” – Matthew 26:24. Second, God is holy, he can’t leave sins go unpunished. Christ paid in full for our sins/unpayable debt on the cross. Third, people were never meant to go to hell and God has no pleasure in sending them there:

For if we sin willfully after we have received the knowledge of the truth, there no longer remains a sacrifice for sins, but a certain fearful expectation of judgment, and fiery indignation which will devour the adversaries. Anyone who has rejected Moses’ law dies without mercy on the testimony of two or three witnesses. Of how much worse punishment, do you suppose, will he be thought worthy who has trampled the Son of God underfoot, counted the blood of the covenant by which he was sanctified a common thing, and insulted the Spirit of grace? For we know Him who said, “Vengeance is Mine, I will repay,” says the Lord. And again, “The Lord will judge His people.” It is a fearful thing to fall into the hands of the living God – Hebrews 10:26 – 31.