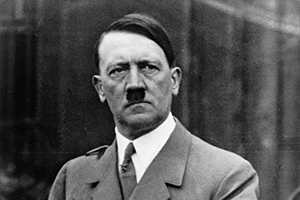 The Scribes and Pharisees of Jesus day had preconceived notions and ideas on who is a sinner. They thought that if you were wealthy you enjoyed Gods’ favour and if you were poor, it meant that you were disapproved before God, that you had committed a sin or transgressed his law in some way. So they used to welcome with open arms the rich and despise the poor. With all this wealth floating around them, they became lovers of money themselves – Luke 16:13 – 15. They observed the law to the letter and yet they forgot the weightier matters such as justice, mercy and faithfulness – Matthew 23:23. You just need to look and the account of Zacchaeus to see this – Luke 19:1 – 10.

In our day too, there are misconceptions about who is a sinner. People tend to lean towards criminals, the dishonest, notorious villains of the past and other shady characters. We love being able to point the finger at them and say to ourselves “I am not as bad as that” or “compared to them I am a saint”. We love judging and condemning others but what about ourselves? The problem is that the measuring stick isn’t other people but Gods’ violated law. In Matthew 7, Jesus asks:

In his letter to all who are in Rome, beloved of God, called to be saints (Not to be confused with the roman catholic church), the apostle Paul openly says that ALL, that means everybody has sinned and fall short of the standard God expects of us. In Romans 2 he says:

This means that Adolf Hitler and Mother Teresa are in the same category – sinners. You might say to yourself “Ok, but I do good deeds and obey the 10 commandments and I have good intentions, surely that has to count for something?”

I am afraid not. You see you can’t earn your way to heaven. In Isaiah 64 it says:

We have all become like one who is unclean, and all our righteous deeds are like a polluted garment.
We all fade like a leaf, and our iniquities, like the wind, take us away.

If you really fulfil the royal law according to the Scripture, “You shall love your neighbour as yourself,” you are doing well. But if you show partiality, you are committing sin and are convicted by the law as transgressors. For whoever keeps the whole law but fails in one point has become guilty of all of it. For he who said, “Do not commit adultery,” also said, “Do not murder.” If you do not commit adultery but do murder, you have become a transgressor of the law.

This also applies to the so – called minor sins such as telling a “little white lie”, being envious of what someone else has, or cursing (You shall not take the name of the Lord your God in vain, for the Lord will not hold him guiltless who takes His name in vain).

As far as good intentions are concerned, they mean nothing unless they are acted upon. For example if you are the parent of a new born and you see him or her crying because he or she is hungry and say “you’re hungry; I must get around to feeding you in a few days”. Of course not, you go and do it straight away. It is the same with good intentions to do with God. You can’t put them on the long finger. In Luke 12:16 – 21 it says:

“The ground of a certain rich man yielded plentifully. And he thought within himself, saying, ‘What shall I do, since I have no room to store my crops?’ So he said, ‘I will do this: I will pull down my barns and build greater, and there I will store all my crops and my goods. And I will say to my soul, “Soul, you have many goods laid up for many years; take your ease; eat, drink, and be merry.”’ But God said to him, ‘Fool! This night your soul will be required of you; then whose will those things be which you have provided?’

So is he who lays up treasure for himself, and is not rich toward God.