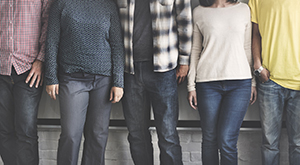 In The gospels we read of Jesus telling the parable of the good Samaritan. This seems good to us today but when it was first told to the people of the first century it would have been received with shock and dismay. In the minds of the Jews the Samaritans were considered to be a nation of mongrels.

When David and Solomon were reigning, the nation was at the height of its power. King David died and his son Solomon ruled in his place. Solomon started out well (1 kings 3), but he made alliances with the nations around him. Whenever he would make a treaty, the king of the other country would give him a wife to seal the deal. It finished up that Solomon had 700 wives and 300 mistresses and they turned him away from The Lord – 1 kings 11. He set up alters on high places so that his wives could burn incense to their idols. In Judgement God politically divided the nation with 10 tribes to the north and two to the south.

The 10 tribes to the north known as “The Northern Kingdom” soon became wicked under the leadership of Jeroboam, their first king. The city of Samaria was built during the reign of the wicked king Ahab in the northern kingdom, who ruled between 874bc and 853bc, during the third dynasty of kings The Lord had instituted.

In 722bc the northern kingdom was invaded by the Assyrians because they didn’t keep the commandments God gave them – 2 Kings 17. The Assyrians had a policy of taking out the peoples they had conquered out of their land and putting in foreigners from other conquered lands. They put in people from the lands of Babylon, Cuthah, Ava, Hamath, and Sepharvaim. The result was that the invaded nations would very quickly lose their identities and would inter marry with other nations.

When it came to the time of Jesus, the north was so diluted down with other nations who brought their idolatry with them, that the Jews of the southern kingdom completely disassociated themselves with the north. Below is John 4:5 – 24:

So he came to a town in Samaria called Sychar, near the plot of ground Jacob had given to his son Joseph. Jacob’s well was there, and Jesus, tired as he was from the journey, sat down by the well. It was about the sixth hour.

When a Samaritan woman came to draw water, Jesus said to her, “Will you give me a drink?”
(His disciples had gone into the town to buy food.)

Jesus answered her, “If you knew the gift of God and who it is that asks you for a drink, you would have asked him and he would have given you living water.”

“Sir,” the woman said, “you have nothing to draw with and the well is deep. Where can you get this living water? Are you greater than our father Jacob, who gave us the well and drank from it himself, as did also his sons and his flocks and herds?”

The woman said to him, “Sir, give me this water so that I won’t get thirsty and have to keep coming here to draw water.”

He told her, “Go, call your husband and come back.”
“I have no husband,” she replied.

Jesus said to her, “You are right when you say you have no husband. The fact is, you have had five husbands, and the man you now have is not your husband. What you have just said is quite true.”
“Sir,” the woman said, “I can see that you are a prophet. Our fathers worshiped on this mountain, but you Jews claim that the place where we must worship is in Jerusalem.”