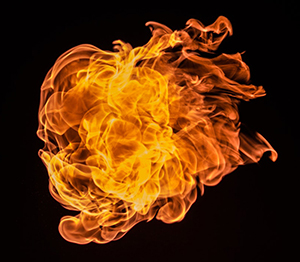 Have you noticed in the past while there has been phrase doing the rounds in the scientific community and in popular culture? It’s called “the big bang theory”. It is related to the evolution theory – the thought that billions of years ago there was a big explosion out of nothing and gradually over time it became the universe we know today.

In this, they make a big assumption; they think that the big bang is behind us. They believe thus, to supposedly avoid the righteous punishment of God. They forget one thing, if you ignore something and think about something else, it doesn’t change anything, all that happens is the person or people become deluded; who exchanged the truth of God for the lie, and worshiped and served the creature rather than the Creator, who is blessed forever. Amen – Romans 1:25. They do it to justify their misdeeds done in the flesh. In the bible it clearly says:

But the day of the Lord will come as a thief in the night, in which the heavens will pass away with a great noise, and the elements will melt with fervent heat; both the earth and the works that are in it will be burned up. Therefore, since all these things will be dissolved, what manner of persons ought you to be… – 2 Peter 3:10 – 11

It is a matter of common sense, if you set out all the components of a jumbo jet and explode a bomb in the middle of them, you will not be left with an ordered, finished product but chaos. this will be the case no matter how long you wait! The same is true with the universe, Someone had to design us and everything we see.