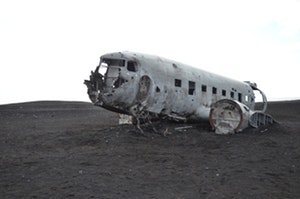 There is a large group of people in this country today who think there is no God or if he is there, that he is unconcerned or disinterested in us “mere-mortals”. This is because they look around them and see and hear of plenty of tragedies, be they across the street or on the other side of the world. They say, “How can God exist when there is so much hurt and pain in the world” or “How can a just God allow so much suffering” and they dismiss it.

They then go and make up their own religion and they call it “evolution” or “the big bang theory”. I say it is a religion; they attempt to justify it by saying it comes from scientific observation, teaching it in the schools and universities as fact and ramming it down the throats of the scientific community.

In this they both make too little of themselves and too much of themselves at the same time – making themselves complete hypocrites. They say that we all came from this big cosmic soup which existed back millions of supposed years ago and that our ancestors were swimming around in it – that we somehow ditched our gills for lungs and stood on land – where they came from no one knows (if you take a fish out of water it will die. Dead fish rot or get eaten period!) And after another while we stood on two feet – despite the fact that there is a complete gap it the fossil records.

They thus say that everything is slowly getting better and one day, we will have a perfect man, as though we are working towards it. They say “give me enough time and anything can happen”. They say that we have carnal or animal instincts and of course we want to fulfil them. In this they try to explain away the high levels of suicide, divorce, crime levels etc (When you remove God from society, the immorality levels go through the roof). They say that somehow, out of pure and utter chaos and anarchy came the world of order we see today. The whole thing is completely stupid. It is like putting a tonne of explosives under a landfill, pressing the button and expecting a fully assembled, ready to fly 787 Jumbo Jet to come out!

We have more than what the animals have:

God also says that he has put evidence that he exists and actively cares for us in the natural world around us so that we are without excuse.

Man then also makes too much of himself in that he says that the climate is changing; That somehow because of our motorised transport, industrial activity and our dependence on animals for meat – protein being the buzz word of the day, that we are sending up millions of tonnes of gas into the atmosphere and as a result, this gas is acting like a blanket and trapping the heat from the sun, thus warming the world and melting the poles. He doesn’t think of the gas he, himself emits which is at times a lot more toxic than the other three things put together.

Then man tries to do something about it which is completely out of his hands. A commercial airliner can fly up to a maximum of 51,000 feet in the air, or 9.659 miles. The outer atmosphere I’m told extends up to 30 vertical miles out. They say that trees will trap carbon but then they cut them down and release anything that might have been caught in it back out there. The point is that we are NOT the main attraction or focus of attention. We are not autonomous, individual gods. Some people think that they are, and as a result we have the uproar that we see today. We have been made in the image and likeness of God – an authority outside ourselves to whom we must give an accounting of ourselves. Everything is naked and open to him. We are in this present predicament because of OUR rebellion and sin and not as a result of our environmental circumstances.

Think for yourself. You have a brain, reasoning and intellect; apply them. Stop relying on the slogans, clichés innuendos and assumptions of others.