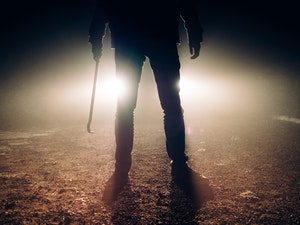 You may have heard of the saying “Possession is nine tenths of the law”. It has been glibly bandied around by people who think they are justifying themselves. The nine tenths which they refer to are of course the ten commandments which are listed in the old testament of the bible in the book of Exodus chapter 20. The reason why they don’t give the full 10 out of 10 is because they break the 8th commandment says “You shall not steal”.

But is there more to this than meets the eye? Are we sure that this is the only law we are breaking if we take something that doesn’t belong to us? It doesn’t matter whether it’s a biscuit, pencil, priceless art collection or a Ferrari – theft is theft, which must be punished and it doesn’t matter what age you were when you committed the offence. God is holy and just. He can’t allow anyone in who has rebelled against him in this manner into heaven. It’s worth noting here that if you break one law, you may as well have broken the whole lot of them, and are guilty of all of them because he who wrote do not steal also wrote do not murder and do not lie. He is not going to turn a blind eye to the one you have broken for the sake of the rest you may have kept.

Contrary to popular opinion, when we take things that don’t belong to us, there is more than one law broken. As part of the Ten Commandments, God included these:

If you take into consideration all of the above, you notice that it may only be half that you are actually keeping and you begin to notice how you are on very shaky ground.