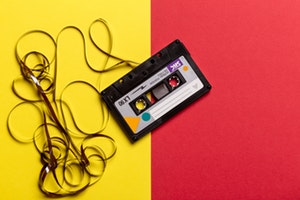 When The Lord lead the nation of Israel out of the Egyptian empire about 3 and a half thousand years ago, he gave them a set of rules to live by. This was not so he could put a leash on them and “spoil their fun”, but because he loved and cared for them, he wanted the very best for them as parents do for their child. He gave them the following rules concerning himself, how we are to relate to him and approach him because it is written of him “For our God is a consuming fire” – Hebrews 12:29:

I am the Lord thy God, which have brought thee out of the land of Egypt, out of the house of bondage.
Thou shalt have no other gods before me.

Thou shalt not bow down thyself to them, nor serve them: for I the Lord thy God am a jealous God, visiting the iniquity of the fathers upon the children unto the third and fourth generation of them that hate me;

And shewing mercy unto thousands of them that love me, and keep my commandments.

Thou shalt not take the name of the Lord thy God in vain; for the Lord will not hold him guiltless that taketh his name in vain.

When we go against these, we do evil in his sight and not only do we bring a division between God and us, but we sin against him. The punishment of this is death. When we break the above commandments, in the eyes of The Almighty, we commit spiritual adultery of the most heinous sort. The following is what The Lord thinks about all idolatry – anyone or thing (our heroes darling pin-ups,) which takes our affections away from him:

“Thus says the Lord, the King of Israel,
And his Redeemer, the Lord of hosts:
‘I am the First and I am the Last;
Besides Me there is no God.
And who can proclaim as I do?

Then let him declare it and set it in order for Me,
Since I appointed the ancient people.
And the things that are coming and shall come,
Let them show these to them.
Do not fear, nor be afraid;
Have I not told you from that time, and declared it?
You are My witnesses.

Is there a God besides Me?
Indeed there is no other Rock;
I know not one.’ ”

Those who make an image, all of them are useless,
And their precious things shall not profit;
They are their own witnesses;
They neither see nor know, that they may be ashamed.
Who would form a god or mold an image
That profits him nothing?
Surely all his companions would be ashamed;
And the workmen, they are mere men.
Let them all be gathered together,
Let them stand up;
Yet they shall fear,
They shall be ashamed together.

The blacksmith with the tongs works one in the coals,
Fashions it with hammers,
And works it with the strength of his arms.
Even so, he is hungry, and his strength fails;
He drinks no water and is faint.

The craftsman stretches out his rule,
He marks one out with chalk;
He fashions it with a plane,
He marks it out with the compass,
And makes it like the figure of a man,
According to the beauty of a man, that it may remain in the house.
He cuts down cedars for himself,
And takes the cypress and the oak;
He secures it for himself among the trees of the forest.
He plants a pine, and the rain nourishes it.

Then it shall be for a man to burn,
For he will take some of it and warm himself;
Yes, he kindles it and bakes bread;
Indeed he makes a god and worships it;
He makes it a carved image, and falls down to it.
He burns half of it in the fire;
With this half he eats meat;
He roasts a roast, and is satisfied.
He even warms himself and says,
“Ah! I am warm,
I have seen the fire.”
And the rest of it he makes into a god,
His carved image.
He falls down before it and worships it,
Prays to it and says,
“Deliver me, for you are my god!”

They do not know nor understand;
For He has shut their eyes, so that they cannot see,
And their hearts, so that they cannot understand.
And no one considers in his heart,
Nor is there knowledge nor understanding to say,
“I have burned half of it in the fire,
Yes, I have also baked bread on its coals;
I have roasted meat and eaten it;
And shall I make the rest of it an abomination?
Shall I fall down before a block of wood?”
He feeds on ashes;
A deceived heart has turned him aside;
And he cannot deliver his soul,
Nor say, “Is there not a lie in my right hand?”

When The apostle Paul was writing his letter to the church in Corinth in Greece, He warned them against all forms of idolatry and gave what happened to Israel as examples of what happens when we sin against God in this way:

Moreover, brethren, I would not that ye should be ignorant, how that all our fathers were under the cloud, and all passed through the sea;
And were all baptized unto Moses in the cloud and in the sea;
And did all eat the same spiritual meat;
And did all drink the same spiritual drink: for they drank of that spiritual Rock that followed them: and that Rock was Christ.
But with many of them God was not well pleased: for they were overthrown in the wilderness.
Now these things were our examples, to the intent we should not lust after evil things, as they also lusted.
Neither be ye idolaters, as were some of them; as it is written, The people sat down to eat and drink, and rose up to play.
Neither let us commit fornication, as some of them committed, and fell in one day three and twenty thousand.
Neither let us tempt Christ, as some of them also tempted, and were destroyed of serpents.
Neither murmur ye, as some of them also murmured, and were destroyed of the destroyer.
Now all these things happened unto them for examples: and they are written for our admonition, upon whom the ends of the world are come.Wherefore let him that thinketh he standeth take heed lest he fall.

So, now that you know these things, what are you going to do about it? Will you turn away from your idols and turn to the one true living God, The Lord or will he have to make your gods fall before your very eyes as he did with the Philistines (1 Samuel 5)?