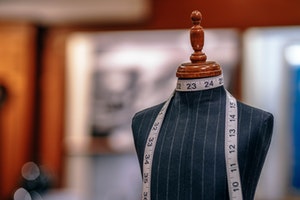 In this world we live in today, there are a lot of people offering and others looking for “the one thing” or that so called “x factor” which they think will take them to “the next level” or there are certain goods or services which, people think that when they obtain them, that they will have “arrived” or be on top. People a lot of the time love to give into advertising. Companies no longer sell goods or services, they sell “dreams” and the general public, for the most part has lapped it up.

But once they have obtained that one thing that they thought would give them an edge, the advantage, will take them to the next level or to the top of the heap, there is a strange feeling of emptiness experienced and on they go to the next “big” thing, like a dog chasing its tail. Is there something wrong here? Is this how things were meant to be? You amass a very great collection of “stuff” which you cannot bring with you – the motto seems to be “live fast, die young and leave behind a big fat corpse” and I might add a trail of destruction in your wake.

It’s almost like those who live in the middle and Far East. They viewed life as being on a journey. Over there, they would often have to cross barren deserts and wilderness to get to where they want to go. They would be walking along or on horseback with the broiling sun beating down on them. They are weary, they long for something to drink to quench their thirst. They look up and they see what they think is a pool glistening in the sun. But, when they get to the point there is nothing but glowing sand. In disappointment and dejection they stumble on. It’s the exact same thing with the world and its commodities – you can never have enough – just when you think you have reached your goal in having gotten “that thing”– there is always emptiness. Please don’t misunderstand, for a time or a season you may be content, but sooner or later you will start to think that what you have just isn’t good enough anymore.

There are also two types of liberty or freedom out there. If you go after the supposed “liberty” that the world offers (the media, advertisers, politicians etc.), you will eventually find that instead of fulfilling their promises, they actually enslave you bringing you into further bondage, and the end is worse than the first.

Have you ever noticed that there is no problem portrayed in the general media about most world religions? For that is all they are – religions. These ceremonial rituals are made up by men and women the world over in an attempt to calm their longing to fill that specific gap in their lives which they can’t quite put their finger on. The so-called “mindfulness” or more accurately mindlessness, yoga and meditation, have come in waves over the last 20 years or so, are a few examples of the vain attempts trying to bridge that gap. You could also put evolutionism, which Charles Darwin founded (one of the most ignorant racists ever) and figures like Hitler, Mussolini and Stalin tried to implement with disastrous consequences. All these sorts of supposed “freedoms” or “emancipations” are just forgeries and counterfeits of the real thing.

In The bible, the legitimate Word of God, we see that we are naturally enslaved by sin. We see the consequences of sin and the depravity it produced and is still producing. The bible shows us the real cause of our enslavement (what we must be freed from) and gives us the only antidote. Christ says it himself: everyone who sins is a slave to sin. Now a slave has no permanent place in the family, but a son belongs to it forever. So if the Son sets you free, you will be free indeed – John 8:34 – 36.