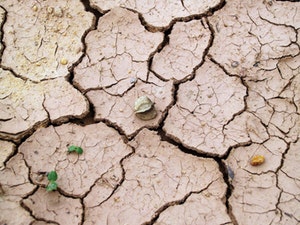 If one listens to the radio or watches television, it must be practically impossible not to have heard about climate change. It has been on the go for quite some time but recently it has taken on a new urgency with people demonstrating by marches, school pupils missing lessons to stand out on the street and people lying down near the Dáil, to block the street.

The fear is that the average temperature in our atmosphere is rising and, a rise, even as small as 2oC, could be catastrophic, causing the ice sheets to melt, the sea levels to rise so that many towns, cities and even countries may flood, may cause many deaths and become uninhabitable.

Some people doubt if this global warming is actually happening. They say there always have been cycles in the climate and it is just going through these cycles – a 5, 10, 20 or a 100 year cycle. In parts of Ireland, we can have several mild winters which may give the impression there is a temperature rise, and then, one with a couple of weeks of snow and frost so that the country nearly comes to a halt.

So there may not actually be this global warming or climate change. It may be just the climate cycles.

The amount of public media coverage and the demonstrations all show how seriously the issue is taken by many people. Climate change is something they fear. It is interesting to see how serious people can be about these things. They are serious that the atmosphere will be damaged and our lives, and future generations, will be affected. We have just been through local government elections and The Green Party did very well which again confirms how serious people are about this issue.

Now whether they are right or wrong, in their attitudes is not the issue here, they are serious about it.

Could the earth be damaged to a level which makes it impossible to live on? Sometimes one can get the impression that environmental groups are so concerned and committed to this that the environment is more important than human life inhabiting the earth. It is nearly like there is a worship of the earth itself. It is like going back to the sun god, wind god, rain god, god of the harvest, goddess earth etc.

Is damage to the earth, something of itself? Now, it might be more important than we think! It might be more than just climate change and its effects. There seems to be a relevant p rophecy :

“The nations were angry;
and your wrath has come.
The time has come for judging the dead,
and for rewarding your servants the
prophets and your saints and those who
reverence your name, Both small and
great and for destroying those who
destroy the earth.”

Taking two clauses out of that : –
The time has come for judging the dead, and destroying those who destroy the earth. That prophecy is near the end of the Bible, in The Revelation, chapter 11 verse 18.

So, for about 2000 years there is a prophecy that those who destroy the earth will be judged – actually destroyed. Based on that, is there a basis for trying to prevent damage to the earth; a case to try to prevent climate change?

So is there really something in the concept of the earth being damaged by general behaviour patterns, the destruction of rain forests e.g., the
Amazon forests or, is this the damage done by wars, bombings, nuclear activity and the like? Is it sensible to be concerned about “climate
change” in this life, because from that prophecy, there is a judgement with much longer lasting effects, against those who damage the earth?

While that is so, there are further considerations that need to be looked at. The same book that told us about judging those who damage the earth, also tells us other things. If we want to use the above quotation to justify caring for the earth, we must also consider the other things.
The same book says –

“But the day of the Lord will come like a thief. The heavens will disappear with a roar; the elements will be destroyed by fire, and the earth and everything in it will be laid bare.”

2 Peter chapter 3 verse 10. Verse 11 goes on, “Since everything will be destroyed in this way, what kind of people ought we to be?”

Tying in with that are prophesies showing that things will get bad on this earth.

That is the Gospel of Luke chapter 21 verse 26.

This would indicate there may be something worse ahead than just climate change and its effects.

Going back to the quotation from Peter, he asks the question, “- – what kind of people ought we to be?” If we all gave that some consideration our nation and life patterns could be much improved. There is another quote – “doing right exalts a nation, but sin is a disgrace to a people.” (Proverbs chapter 14 verse 34).
Now wouldn’t it be worth considering that?

Linking all those together – seeing that the earth is going to be laid bare, that there will be a judgement to destroy those who destroy the earth, and a judgement to reward those who reverence God’s name, what kind of people ought we to be? People who reduce the use of fossil fuels and waste etc., may help in this world for a time, but what about “the earth being laid bare” and what about the “reverence of God’s name”? There seems to be a trend that those who want many of the changes of habit in society to prevent climate change, tend to want to disregard God, so such cannot expect a reward for reverencing His name even if they avoid being destroyed, because they haven’t damaged the earth. There are other Judgements. Do we meet the standard of God’s glory?

The Bible passage, which is possibly best known, states somewhat similar : –
“For God so loved the world that He gave His Unique Son, so that whoever believes in Him will not perish but will have eternal life.”

“Indeed, God did not send the Son into the world to condemn the world, but in order that the world may be saved.” “Those who believe in Him are not condemned; but those who do not believe are condemned already, because they have not believed in the name of the Unique Son.”

The beginning of that statement is the “good news” of the gospel – God loves the people in this world (that includes you, a reader) and God has a plan to save them (and that includes you, a reader) but, there is a condition that is often missed. Those quotations are from the Gospel of John chapter 3 verses 16, 17 and 18. The condition is “believe in” the Unique Son i.e. Jesus. It is important to get “believe in” Him, not just believe about Him. One may celebrate Christmas and Easter and other days but not “believe in Him”. It is possibly better expressed as “trust Him”, “depend on Him”.

Avoiding substances and behaviour which pollute the environment is good. But they are not God’s conditions for salvation and eternal life.
Avoiding climate change may be a good goal for this life, but what about eternity?

This is relevant to you whatever your religious position because it is not religious practice that saves, but depending on Jesus, the only Saviour that matters.

On what or on whom are you trusting/depending for your eternal well being?

If you are concerned about your spiritual and eternal welfare you can contact:

If you are concerned about your spiritual and eternal welfare you can contact Athlone Christian Fellowship Church via post to 8 Roslevin Court, Ballymahon Road, Athlone or phone 090 6475410, 085 2456224, or via email.

Article Used With Permission from the Author.