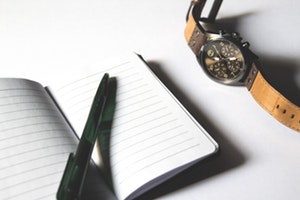 Today, words such as “love” or “True Love” get bandied around a lot. It seems to be a very throw away phrase but the implications are very real. Often times they are used with improper motives with a man or as may be the case boy says to a woman or a girl. In such cases, it is not true love at play but lust. Lust is the exact opposite of love. Lust is very self centred and is only involved to see what can be gained, mostly to get the other person into bed, thus doing more harm than good.

If you want to have a role model for love, consider Christ. In spite of common opinion and cultural norms, in the beginning there was one man and one woman on a planet called earth. The earth was perfect and it was spot or blemish. Then WE messed up. Our very ancestors were placed into a garden which was perfect in every way (now modern day Iraq). They were put there to tend it. They were given one rule and one rule only – You can eat from every tree here but one. It wasn’t very long until they broke that rule and all of creation has been reeling ever since.

God was angry and rightly so. If he wanted, he could have just wiped the slate completely clean and started afresh. But, he didn’t. He had compassion on us and didn’t want to do that. He spoke everything else into existence but he personally formed and shaped us and breathed life into the first man.

So he had a problem because he wanted to punish us for our rebellion, which means we would have been toast – literally. But he also loved us and wanted to have mercy. We have an unpayable debt which runs into the trillions, for every man, woman and child on the face of the earth, not collectively but individually. The debt is called “Sin”.

So God truly loves us but he also hates us at the same time. He loves the person but he hates what we are doing. What do we do to make him so angry you may ask? Well, there are lies – even the little white ones, stealing, even if it’s just a pencil or biscuit/cookie we are told we can’t have. We have also cursed, committed adultery or fornicated, even if we have just thought of it – lust. We have certainly murdered the odd person too. We may not have committed the act, but we have hated people for whatever reason. We have also put other things ahead of God, this is called idolatry, and I could go on.

We are guilty of these things and since we can never pay off the debt, we get what we deserve as defaulters, death complete, total and absolute death, not just physical but also spiritual.

Now for the good news, if you are still with me, keep reading. God loved us so much that he came down, stripping himself of everything except love, took the punishment that is rightly ours, paying off our debt. He suffered an agonising death on a wooden implement which was reserved for foreign criminals; they wouldn’t even kill their own citizens in this way because it was considered to be so humiliatingly cruel.

He was buried in a tomb and rose the third day after being so brutally murdered. He is now in heaven, where he should be. He now waits until all his enemies are made his foot stool. Who are his enemies you might ask. Well, as has already been described, we owe him an unpayable debt. Even after him paying the price for us we are still his enemies. It’s like when you were five years old and you woke up on Christmas morning and went down to get your present from your parents. Though they bought it for you, it’s not yet yours. You still had to receive it from their hands. So, it’s the same with God.

The only way you can benefit is if you: