Christianity stands or falls on the resurrection of Jesus Christ. If you could prove that Christ has not risen from the dead, you would very quickly unpick everything else. Below you will find the apostle Paul writing to the church in Corinth, Greece, who had doubts about the resurrection of Christ. In it Paul reminds them of just some of the proofs there were available to them at that time.

Underneath that, there is a video on “The Historical Evidence” for the resurrection of Jesus Christ from the dead. In it, the historical, archeological and cultural evidences are discussed.

Listen To The Whole Chapter 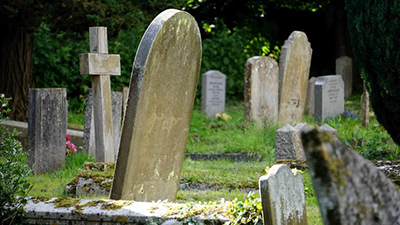 For I am the least of the apostles and do not even deserve to be called an apostle, because I persecuted the church of God. But by the grace of God I am what I am, and his grace to me was not without effect. No, I worked harder than all of them – yet not I, but the grace of God that was with me. Whether, then, it was I or they, this is what we preach, and this is what you believed.

But Christ has indeed been raised from the dead, the firstfruits of those who have fallen asleep. For since death came through a man, the resurrection of the dead comes also through a man. For as in Adam all die, so in Christ all will be made alive. But each in his own turn: Christ, the firstfruits; then, when he comes, those who belong to him. Then the end will come, when he hands over the kingdom to God the Father after he has destroyed all dominion, authority and power. For he must reign until he has put all his enemies under his feet. The last enemy to be destroyed is death. For he “has put everything under his feet.” Now when it says that “everything” has been put under him, it is clear that this does not include God himself, who put everything under Christ. When he has done this, then the Son himself will be made subject to him who put everything under him, so that God may be all in all.

Now if there is no resurrection, what will those do who are baptized for the dead? If the dead are not raised at all, why are people baptized for them? And as for us, why do we endanger ourselves every hour? I die every day – I mean that, brothers – just as surely as I glory over you in Christ Jesus our Lord. If I fought wild beasts in Ephesus for merely human reasons, what have I gained? If the dead are not raised, “Let us eat and drink, for tomorrow we die.”

Do not be misled: “Bad company corrupts good character.” Come back to your senses as you ought, and stop sinning; for there are some who are ignorant of God – I say this to your shame.

But someone may ask, “How are the dead raised? With what kind of body will they come?” How foolish! What you sow does not come to life unless it dies. When you sow, you do not plant the body that will be, but just a seed, perhaps of wheat or of something else. But God gives it a body as he has determined, and to each kind of seed he gives its own body.

All flesh is not the same: Men have one kind of flesh, animals have another, birds another and fish another.