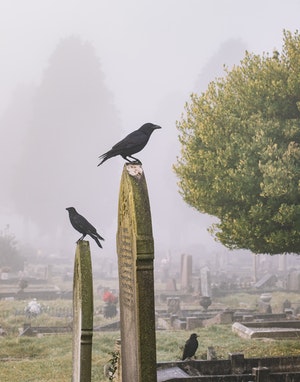 Across most of the western world today, there seems to be a craze happening. Some people seem to be leaving their spouse (Their husband or wife who they have been joined to by marriage and have been with for years and sometimes even decades) and are having extra marital affair relations with another – a gooseberry has gotten into the mix!

This isn’t confined to those who are more advanced in years either – young men and women who are in their teens and early twenties seem to be sleeping together before marriage – butting the cart before the horse.

Let’s slow down for just a moment and think. If you are reading this article and thinking of doing such a thing or you have done it either once or maybe several times – consider the consequences. Do you want what you are doing to be made public knowledge? Do you want your spouse to disown you your children despise you? This culminates in a broken home and shattered families? I say families because it’s not just yours which is involved but family of the person who you are getting into bed with unlawfully? Have you thought about the mistrust you are sowing through your actions?

Also, contrary to popular culture, the media and maybe your beliefs, what do you think your maker will say about it? Below is an account of just how seriously your maker takes adultery (if you are married) and fornication (if you are not yet married)

And Abraham journeyed from there to the South, and dwelt between Kadesh and Shur, and stayed in Gerar. Now Abraham said of Sarah his wife, “She is my sister.” And Abimelech king of Gerar sent and took Sarah.
But God came to Abimelech in a dream by night, and said to him, “Indeed you are a dead man because of the woman whom you have taken, for she is a man’s wife.”

But Abimelech had not come near her; and he said, “Lord, will You slay a righteous nation also? Did he not say to me, ‘She is my sister’? And she, even she herself said, ‘He is my brother.’ In the integrity of my heart and innocence of my hands I have done this.”

And God said to him in a dream, “Yes, I know that you did this in the integrity of your heart. For I also withheld you from sinning against Me; therefore I did not let you touch her. Now therefore, restore the man’s wife; for he is a prophet, and he will pray for you and you shall live. But if you do not restore her, know that you shall surely die, you and all who are yours.”

So Abimelech rose early in the morning, called all his servants, and told all these things in their hearing; and the men were very much afraid. And Abimelech called Abraham and said to him, “What have you done to us? How have I offended you, that you have brought on me and on my kingdom a great sin? You have done deeds to me that ought not to be done.” Then Abimelech said to Abraham, “What did you have in view, that you have done this thing?”
And Abraham said, “Because I thought, surely the fear of God is not in this place; and they will kill me on account of my wife. But indeed she is truly my sister. She is the daughter of my father, but not the daughter of my mother; and she became my wife. And it came to pass, when God caused me to wander from my father’s house, that I said to her, ‘This is your kindness that you should do for me: in every place, wherever we go, say of me, “He is my brother.” ’ ”

Then Abimelech took sheep, oxen, and male and female servants, and gave them to Abraham; and he restored Sarah his wife to him. And Abimelech said, “See, my land is before you; dwell where it pleases you.” Then to Sarah he said, “Behold, I have given your brother a thousand pieces of silver; indeed this vindicates you before all who are with you and before everybody.” Thus she was rebuked.

So Abraham prayed to God; and God healed Abimelech, his wife, and his female servants. Then they bore children; for the Lord had closed up all the wombs of the house of Abimelech because of Sarah, Abraham’s wife.

‘As I live,’ says the Lord God, ‘I have no pleasure in the death of the wicked, but that the wicked turn from his way and live. Turn, turn from your evil ways! For why should you die